It's very rare you meet someone that you can text back and forth 47 times in one day without any explanation and not feel bad about it afterwards. Someone you can joke about his and her vanity mirrors and having at least 4 cute babies with. Someone who would watch you walk back from ordering a drink across the room and think, "Hell yeah, that's my fucking woman." And since you like them just as much as they like you, you're thinking, "Hell yeah, that's my fucking man."
Usually, you worry about smothering them. About scaring them away or turning them off. About following the "rules," and giving up too much too soon. So you strategically time your text responses. You bite your tongue and gag your heart, and hold back when you want to say or do so much more. Maybe even miss their phone calls ... on purpose. And you don't let them think you care, not because you don't, but because you're too paranoid to let them know.
So then you wonder how the fuck is this possible? How could this good looking guy actually be a good guy? I just told him I missed him and he said I miss you more? And you believed him! 'Cuz he really meant it! WTF is going on in the world? You've seen a love like this before, but only in third person. Two people meet, like each other (a lot), and everything just flows?
"That kinda shit never happens to me."
"Maybe he's THAT"
That meaning butterflies, and glitter, and sunshine, and cupcakes, and Easter, and the gay parade. That meaning it's patient, and kind, and honest, and grown, and REAL. That meaning the hellos keep getting better and better and the good byes worse and worse. So they leave your house after spending all night with you ... and call you as soon as they wake up in the morning. AND IT'S OK.
Because that's what happens when two people genuinely like each other. And stop playing games. And don't hold back. Because the chase is only the best part when you catch that person and then realize they're not really what you want.
So here's the thing: If it seems suspect, it probably is suspect. And if you gotta even ask? Well then there's your answer. Like L-Boogie says, "It could all be so simple," and when it's for real? It will be. 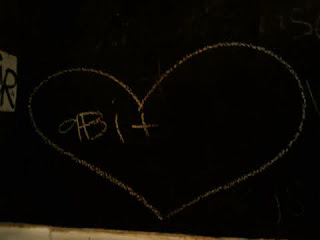 Why can't I have you next to me always everyday?? I like you. No homo. You make me smile and I truly thank you for that. :)

anon1 - aw one of the cutest comments ever, yes homo lol

anon2 - i absolutely love that u love it!

anon3 - don't want the internet goin internuts now can we?

I seriously visit your page multiple times throughout the day waiting for new posts. You say everything that I'm thinking and wish I could say. And you say it in such a beautiful and heartfelt way. You're awesome! I hope that you come out with a book, write for a magazine, newspaper or something! Lol. You've got lots of talent and I want to share your blog with everyone! So they'll be able to relate to your posts as much as I have. Thanks again for an awesome post :)