Last night I was one of the thousands of people wrapped around 2 blocks in line for Lady Ga-Ga's Monster Ball concert at the Bill Graham Civic Auditorium. Thanks to good company, an unsuspecting pothole in the sidewalk that people kept tripping over (yah we're evil), and takin it back to filling your Apple juice bottle half way with Henny - the wait wasn't long at all and we even managed to get decent seats!
There really isn't much to say asides from: BEST FUCKING CONCERT EVER!
I was really surprised that her performance wasn't more elaborate and theatrical. Even her stage set up was pretty simple, or as simple as u can get with Ga-Ga but nevertheless, she sounded exactly like her cds if not better, sang live and danced, and rocked the house! It was like one big never-ending dance party. I only sat down twice and one time was because I hit my shin so hard against the chair in front of me dancing it hurt like ass. I know it seems stupid to praise a performer when we're all human, but Ga-Ga is really a force to be reckoned with. I've never seen so much crowd participation it was amazing. It was like the Unites State of Ga-Ga in that bitch.
For any Ga-Ga fans who live in a city where her Monster Ball tour is heading to, I highly suggest attending. Unfortunately, Ness thought we wouldn't be able to bring cameras inside so I don't have any pics of the show but here's a few that were taken from sponsors of the event. P.S. Jess, u were soooo right. Totally shoud've went in my Halloween constume. Body suit, not pants, wig, and disco stick. All the guys did! lol. 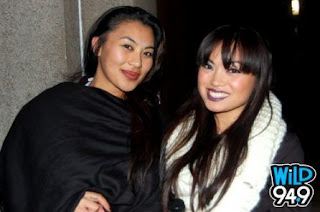 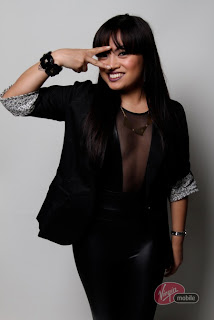 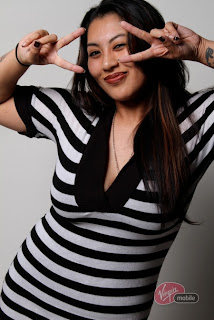 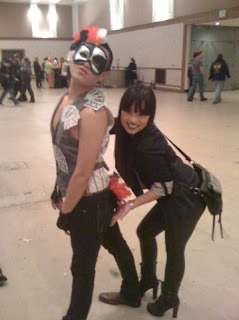 And boy do I have a treat for u. Is it a video of Ga-Ga's incredible performance? NO. It's a sideways video of me and my ugly, loud, obnoxious drunk voice. It's supposed to be singing Just Dance except all it sounds like is da-da-da-da-da. I think I screamed in an octave I didn't even know existed. I believe dogs began to gather around the concert hall at this time. Anyway, enjoy and don't say I ain't done nothin for ya.
Posted by Mouf.Peace at 4:20 PM

ahhhh i wish i was there! or tonite! damnit! lucky ;)

LMAO! OBNOXIOUS DRUNK VOICE IT IS! hahaha! i kept laughing at the "doot-doo-doo" parts cuz it DID sound like da-da-da-da! hahahah!

yah dude. THAT voice is so ugly i swear. it's the same voice in that one video from faye's birthday when she drops the pizza and eats it off the floor lmao.

Glad you had fun!

My mother had the opportunity to see her perform and was pretty amazed (and we come from a family of very talented individuals so it takes a lot to impress her ;)

dude. DUDE. abi. WTF happened to ur voice. usually i dont mind ur singing cuz u USUALLY sing nice but this ain't the USUAL. obviouslllllyyyyyyyyyy. that singing voice is starting to sound like mine??!!! i hope that voice doesnt sing to me tomorrow. HA.