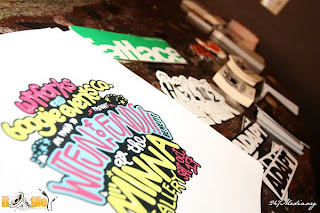 When 9-11 happened I was overwhelmed by the compassion people exhibited towards each other amidst the aftermath of it all. The perseverance, strength, and courage of New Yorkers as well as the rest of the world almost always had me in tears every time I saw an example of it in the news. I was surprised, yet overjoyed to see that there were still good people here on Earth. 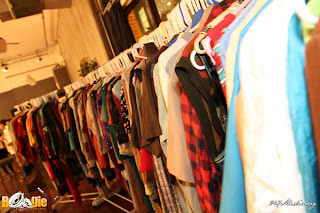 But at the same time, I was also disappointed. Even saddened, knowing that it had to take something as devastating as a plane crashing into the Twin Towers to bring people together. It took labeling a common "enemy" in order for people of all shapes, sizes, and colors to find something in common with one another. But perhaps it's just like the saying goes, without the sour, the sweet just ain't as sweet. 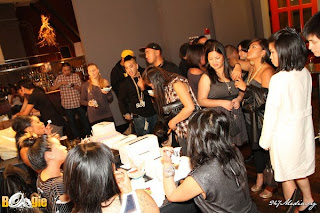 Well, if that's the case then this past Saturdays fundraiser was as sweet as the red velvet cupcakes we sold there. No - I take it back, as in back to the motherland. It was as sweet as a nice big parfait glass filled with shaved ice, mung beans, langka, nata de coco, macapuno, creme caramel, condensed milk (condensed milk >>> evaporated milk any day), with a huge scoop of ube ice cream on top (Halo-Halo for those who ain't Filipino. Look it up, it'll change ur life).

I ain't even gonna front. I was shittin bricks during the early hours of the event. Nervous. Frantic. Or "taranta" as my mom called me. And Rach? All u saw were her cougar pants darting back and forth in between rooms as she spazzed out. The photographer has diarhhea? SHIT! No really, SHIT. What if nobody buys a raffle ticket? Anthony's Cookies flaked? Where's the Lady Bird SF chick? The cops are outside? What if Fran Boogie gets so bored he leaves? IT'S 8pm WHERE THE FUCK IS EVERYBODY?! 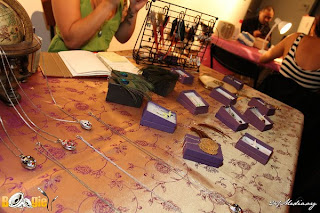 But apparently, fundraisers are not exempt to the infamous "Filipino Time" rule. Just like a typical Filipino function - everyone came late. 2 hours late at that. But in full force. Bringing friends, and friends of friends. With optimisim and open wallets. $20 for 10 raffle tickets was nothing to them considering the awesome (not to mention expensive) goodies we had as prizes and of course the fact that it was all going towards the Typhoon Ketsana victims. And despite a a minor aneurysm here and there, the night went on without a hitch. 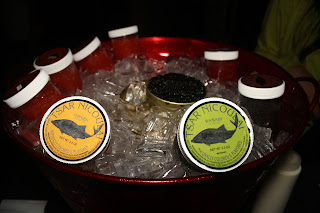 By 9pm people were happily munchin on ribs and chicken, my mom was on her 2nd plate of calamari, 1 tray of the cupcakes was gone, and people's greasy lips gave proof that they had fell prey to the lumpia cart. Drinks were being served at the bar and all our vendors had settled in. I know some clubs have a line that forms outside the club but ours had one at the raffle/donation table! By 9:30, the beautiful dancers of Nemenzo took stage (floor), and I was officially buzzin and obnoxious, cheering and screaming louder than half of the room combined. And immediately following, was the raffle - which undoubtedly was the cherry on top. 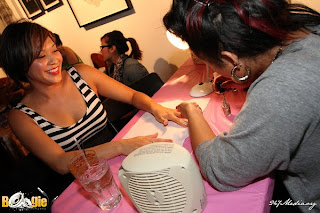 As I stood at the front of the DJ booth in between the funniest emcee ever, Fran Boogie and Rach (whose idea this was to begin with) - it became clear to me that the 2 weeks of mass emails, contacting donors, asking for favors, the bags under my eyes, the going cross eyed on Photoshop when I could've easily used Microsoft Word instead, the looong, ice-creamless pow-wows, all the stress and preparation that went towards this fundraiser WAS TOTALLY WORTH IT.

Because asides from raising money for a good cause, my personal mission had been accomplished. Usually, when people think of "fundraiser" they think: Great, an excuse to get people to do shit for free and having to give money to a bunch of people they don't know. Which is why I made it a priority to annoy people with my Facebook status's promoting how much this event was for the attendees as well as for the flood victims. And by the smiles on people's faces, the screams as raffle numbers were called out, and the amazing victory dances as the winners picked up their prizes, I knew we really put the FUN in FUNdraiser. 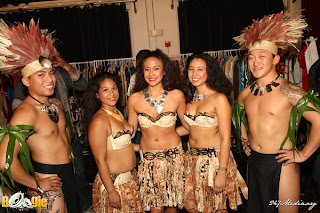 I am no activist. Nor by any means do I think I'm righteous. But I care for the greater good of the world as naive as that may sound. Although my family in Montolban were not directly affected by Typhoon Ketsana, they were stranded in their tiny town due to the floods. I'm supposed to visit them next year for the first time in 14 years and all I kept thinking was, "What if they hadn't made it through the flood and I never got to taste my grandfathers cooking again or hug my grandmother and feel her silky, wrinkly hands, or carry my baby cousin for the first time ever?!" THAT is why I decided to participate in this fundraiser. It rained yesterday for less than an hour and Van Ness station was already flooded, with Folsom St. shops having to close down. It could've EASILY happened to us. 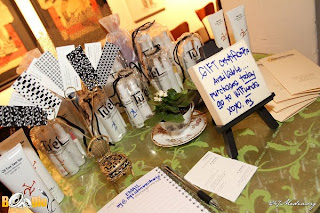 I never thought I could make a difference before because I never quite had the resources to do so, but now that I do it almost feels like an obligation. And I'm glad. It's beautiful the things people can accomplish when fueld by a positive energy. Like Rach said, "love looks good." No, it's looks WTFly. Thank you to everybody that made this event possible. Especially the donors who enabled us to put together the BEST raffle prizes ever, the food donors who got us fat and jolly, all the volunteers who never thought they'd be at a club at 7pm, the photographers, djs, emcee, and performers who entertained us all night, anyone who reposted the flier or reblogged it, and of course YOU for coming out and turning tragedy to triumph.

Now that I'm done being gay, stay tuned for an update of where all your efforts went and an awesome photo recap of the night! 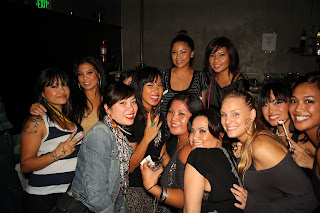 GREAT party Abi and great post! You almost brought me to tears when you talked about Van Ness flooding yesterday cuz that's what I thought about yesterday - we are so blessed to be here and all we can do is pay it forward. Can't wait to hear how much was raised!

thanks again for having me as a vendor! i felt so honored to be apart of WTFun for FUNDS :]

When you said the following:

"And Rach? All u saw were her cougar pants darting back and forth in between rooms as she spazzed out."

I thought you were referring to her actually being a cougar... lol. I was like, "WTFilthy minds? She is not old enough to be a cougar - unless Taylor was in the house."

Her pants were straight fierce! [©Jack McFarland - Will & Grace]

I am super mad that I could not get up and make it. Those raffle bags? Those red velvet cupcakes???

I am nearly crying.

You were looking WTFly - everyone was!

You know what I am thinking? Why wait for another tragedy to occur? You girls have SKILLS...

How about a Thanksgiving or Christmas toy fundraiser???

im so glad the event turned out freakin awesome for uguys! i so wish i went! but mabe next time;)