Bfast: I finally found a way to make the whole grain Cheerios taste good - blueberries! I tried strawberries and bananas but they still didn't do it. 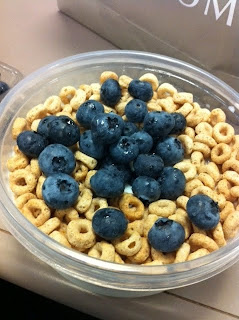 Tried out a Giada's Penne pasta with spinach sauce recipe last night and FAILED my first round. It called for three cloves of garlic, which to a person like me of course means six. Yah, hi. I forgot it's only ok to do that when it's COOKED garlic. Shit had so much bite after two bites I couldn't fathom another. It had more kick than wasabi and I had to do it again. Verdict was: NOMZ! However, I'd add chicken and mushrooms next time. 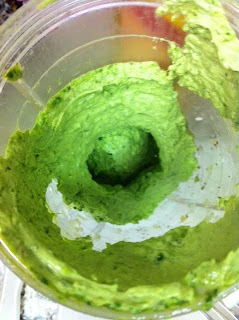 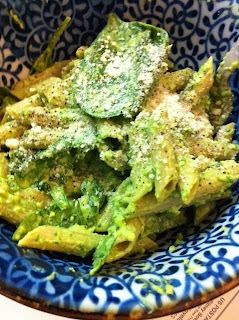